Anyone who has forgotten where they put something knows in a downhome way that history matters. But how far beyond this simple truth does history really matter? Many of the claims being made nowadays by those doing research in human genetics—specifically archaeological genetics (“the new science of the human past”)—arguably trivialize history and naively compromise the heritage knowledge of those whose ancestry these modern-day technological wizards insist they are reclaiming from the dim mists of antiquity. Although most of this laboratory work is currently dedicated to unraveling European prehistory, enduring racial myths long accepted as credible by Europeans and those of European ancestry about deep time in the Pacific are also being given new life—notably, the notion that once upon a time there was an ancient Asian or Taiwanese migration to the farthest reaches of Polynesia (and also, oddly enough, Madagascar off the African coast) thousands of years ago. What can be done to expose this European myth for what it is, and thereby advance the decolonization of deep time in the Pacific? 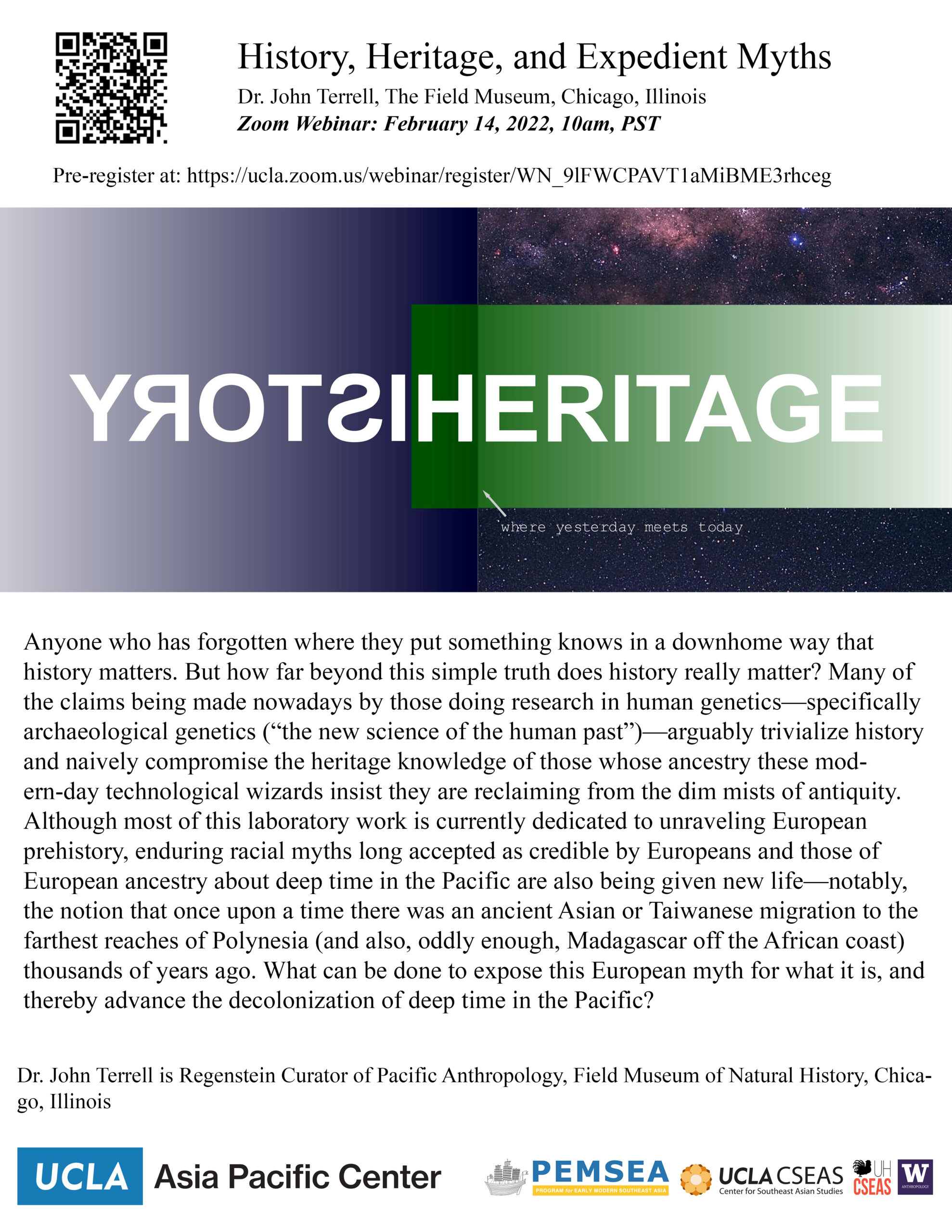